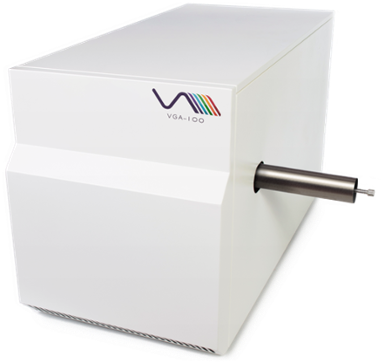 “Darkness Is the Absence of VUV Light”

I also want to welcome you to VUV Analytics’ very first blog posting.  We plan on posting blogs on a pretty regular basis, so I’ve asked everyone in the company to contribute any content which they believe is relevant and yes, appropriate. (They know who they are. Hey, it takes all kinds to build a successful company.)  Since I have “asked” everyone to participate, I thought it only fitting that I should lead the charge.

I expect our future blogs will touch on market discussions, science breakthroughs, fun projects, the periodic thought-provoking piece, and probably a few attempts at humor (and for this I’ll apologize in advance). For my first ever blog topic, I thought it appropriate that I would touch on change.

Raised by The Great Depression era parents and 4 older brothers, I was often told that I was ‘ahead of my time’ or ‘growing up fast’.  As a kid, I always found that to be a compliment.  I’ve found that later in life, this can now be interpreted as being ‘old school’. To me, ‘old school’ means some combination of wisdom, thoughtfulness, and a strong work ethic, all wrapped around solid core principles.  I’m OK with that, but don’t let that be confused with being reluctant to change. Perhaps we are just a bit harder to convince than others.

By definition, change is an uncertain state. It is human nature to question the best path forward to make certain our future is going to be safe and successful. Everyone knows you are supposed to embrace change with courage and enthusiasm, sometimes it’s just hard to do. Courage comes from the reflection of life’s lessons and the acknowledgment that things are good today. Trust me when I say, “startup companies provide plenty of life lessons.”

2014 was a year of tremendous change for us with the official release of the VGA-100 product, a redesign of our website, our first peer-reviewed Journal Article, and our first Gulf Coast Conference Best New Analytical Instrument Award.  It was hectic, scary, busy and fun.  For VUV Analytics, 2015 looks to be another year of remarkable change. We are busy moving into a new facility, building a great team, ramping production and proving that we deserve the Gulf Coast Award and The Analytical Scientist Innovation Award Top 5. This last part, we take very seriously. We are working tirelessly to establish deep roots in the analytical sciences.

Many of you may be aware of our history as a bootstrapped company with roots in the semiconductor metrology market. After years developing our gas chromatography detector, the tremendous response to our product introduction has given us the courage to face changes with a grand sense of enthusiasm. It may sound a bit bold, but we also believe that we can bring positive change to the analytical sciences. We are deeply driven by a quote from famed Physicist and Mathematician, Freeman Dyson.  “New directions in science are launched much more often by new tools than by new concepts.”

The VGA-100 technology represents a change in perceptions about what is possible in optical spectroscopy.  It is the first commercial instrument to ever operate in the VUV spectral region.  It is also the first new gas chromatography detector technology in almost 30 years which presents a monumental change for a generation of analytical scientists. The VGA-100 will greatly simplify the methods customers use to obtain the qualitative and quantitative data needed to make actionable decisions.

One of my much older brothers (I only say this because I know he’ll eventually read this) was recently in town.  He groaned about the ‘new music’ these days.  I was a bit shocked how much he sounded like our father.  Having spent a huge number of hours listening to my kid’s music while they bounce between songs, I’ve realized that (while much of it tends to grind on me) there are several new generation musicians / artists who sound to have a solid core of rhythm and soul. I now realize that the future of music remains in good hands.  Knowing this, it is easier to embrace that change.  Similarly, when a new concept like the VGA-100 is combined with excellent engineering and based upon solid scientific principles, the future isn’t quite so scary and dark.  In fact, the future of analytical instrumentation seems quite bright.

In closing, I feel obligated to use a famous internal quote.  This gem was created several years ago by one of our Senior Staff Scientists trying his marketing skills.  “Darkness is the absence of VUV light.”  I guess he was also a little ahead of his time.  Now more than ever, I realize that VUV has a very bright future in gas chromatography applications.

We hope you are as excited about the future as we are. Happy 2015!