In a recent post I mentioned that VUV absorbance spectra are unique, especially for small molecules. In contrast, small molecule spectral ion uniqueness can be rare for electron ionization mass spectrometry, given the limited acquisition “space” between 35 or 45 m/z and the molecular weight of the compound of interest.

Although it’s a bit of an intellectual exercise since they are well separated chromatographically, one of the ways to illustrate the advantage that VUV offers for small molecule analysis is to compare absorbance spectra for a homologous series of compounds, which often have very similar mass spectra.  Figure 1 is an overlay of VUV spectra for normal alkanes from propane (C3) to heptane (C7).  As you can see from Figure 1, and from Figure 2 where I’ve zoomed in to the significant wavelength region, there are obvious differences in the spectra.  The situation changes as you get further out in carbon chain length, as illustrated in Figures 3 and 4, where the VUV spectra are less distinct from each other.  The good news is: (1) those later eluting compounds are easily separated chromatographically from each other, and (2) their spectra are unique for alkanes (paraffins, for petroleum people), which enables spectral deconvolution from other coeluting compounds, authoritative identification, and accurate quantification.  Isn’t vacuum ultraviolet spectroscopy super?!  I think so… 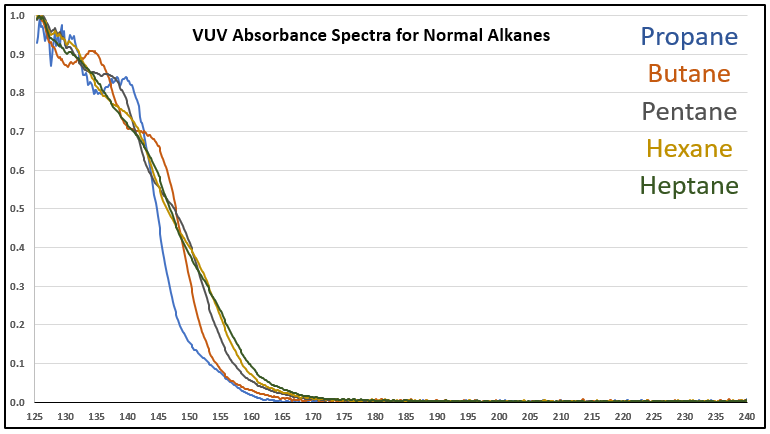 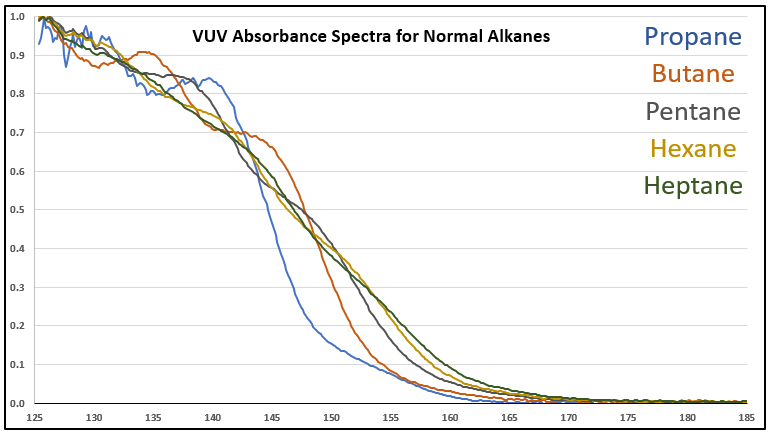 Figure 2. Zoomed-in VUV absorbance spectra (125-185 nm) for a series of small n-alkanes to better show the differences in their spectra. 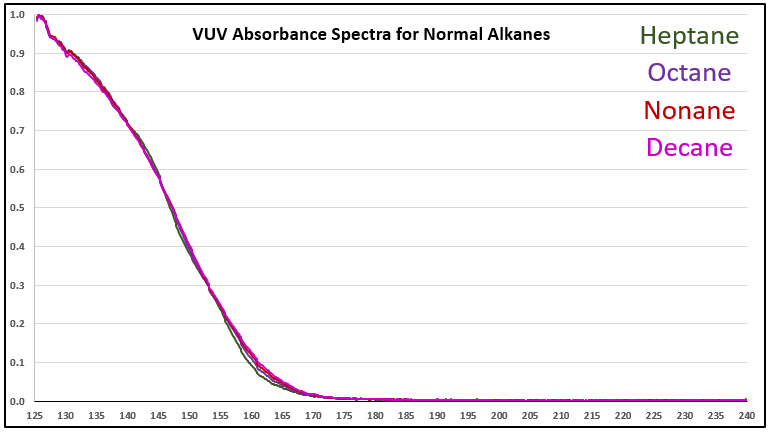 Figure 3. VUV absorbance spectra (125-240 nm) for a series of larger n-alkanes, those from C7 to C10. As the alkyl chain gets longer, the spectra become more similar. 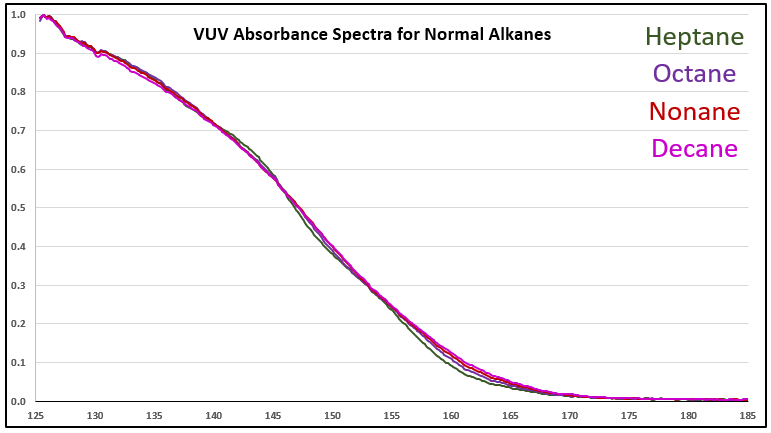