The Future of Jet Fuel Analysis — GC-VUV and ASTM D8267

In my previous blog, What a Year! Part 1 I spent some time discussing finished Gasoline analysis and the current status of ASTM D8071. I am dedicating Part Deux (a little nod to my Canadian roots) of this blog to Jet Fuel Analysis. More specifically, VUV Analytics efforts to develop and introduce a new method based on GC-VUV. First, I’ll provide a little historical context, then I will discuss why Jet Fuel Analysis has become such a hot topic over the last two years, and finally I will discuss the current situation with ASTM D8267.

Jet Fuel analysis and certification has a long history. The current referee method ASTM D1319 using Fluorescent Indicator Absorption (FIA) was first approved in 1954. Yes, 66 years ago! Since that time little has changed in that approach. Take a glass column, pack it full of silica gel, add a dye pack, add some jet fuel, let it elute through the column, and then take a black light and a ruler and measure the fluorescent bands to determine aromatic content. While accepted as “easy and accurate” this approach is laborious, prone to human error and has relatively poor precision.

By the way, if you want to have some fun on your next flight, explain this process to the person sitting next to you and look at the expression on their face.

Several years later a High Performance Liquid Chromatography (HPLC) method was approved – ASTM D6379 and included in the Jet specification (ASTM D1655) as an alternative to FIA.  HPLC is certainly a major step forward but not without its complexities. This method requires sample preparation, calibration standards, conversion of mass% to volumne% and the need for solvents like Heptane. The HPLC result is not the same as the FIA result, as 26.5% volume by HPLC equals 25% volume by FIA.

Historically those have been your options and Jet Fuel analysts have used them faithfully. But what happens when something changes – like a critical component of the dye no longer being available?

Perhaps this sub-title is a bit dramatic. However, when there are limited options available to Jet Fuel Analysis and one of those options, the referee method in this case, may not be available, it certainly may be a crisis to someone.

Beginning in late 2018 this is exactly what happened and why it has been a concern to the ASTM D02 Jet Committee ever since. Specifically, in late 2018 it was learned that a critical component used in the dye formulation was no longer available as the sole-source provider had gone out-of-business a couple of years earlier. As a result, the supplier of the dye attempted to reverse engineer the formulation, producing five batches of new dye. These batches were ultimately banned for use in methods that measured aromatics in fuels, including Jet Fuel.

Since that time (as reported at the December 2019 ASTM meeting), the supplier of the dye has developed a new “prototype formula” that is purportedly “chemically equivalent” to the original D1319 dye.  A ruggedness study was completed comparing the ASTM D1319 legacy dye to the prototype dye on gasoline, jet and diesel samples.  The ruggedness study design where legacy dye was run side by side with the protype dye, while accomplishing an initial evaluation of dye efficacy, may have biased results for the technicians, since they knew the answers before they took the test.  The conclusion of the study was the dyes were the “same but different”.

At this moment in time, it appears that there is some desire to continue use of the circa 1950’s ASTM  D1319 method within the Jet Committee. This will ultimately depend on a revision of the FAA SAIB which is still in effect for ASTM D1319 and does not currently allow the use of prototype dye.  An ASTM D6300 compliant Interlaboratory Study for the protype dye is under consideration by ASTM.

When we found out about this issue in 2018 the team at VUV Analytics circled the wagons and quickly developed a jet fuel method for measuring aromatics on our VUV Analyzer™ Platform. Our objective was to develop a 21st century approach that was faster, more accurate, and easier-to-use that existing methods. The result, which was first previewed at the December 2018 ASTM meeting in Atlanta Georgia would ultimately become ASTM D8267.

As for our initial objectives: this method only takes 14 minutes, so it is faster than the existing referee and approved alternative method. It is accurate because our results are spectrally validated – no ruler or blacklight required. It is also easy because there is no sample prep and the analysis is fully automated. And, since it runs on the VUV Analyzer Platform you can easily switch between ASTM D8071 (Finished Gasoline) and ASTM D8267 (Jet Fuel) with no changes in hardware or setup.

From my perspective what is most impressive is the timing. Here is a summary of the major milestones and where we are at this moment:

As you can see, from initial data to published method with full precision took less than 12 months. Anybody that has gone through this process knows how difficult it can be. Our ability to proceed at this pace was the direct result of the dedication of the team here at VUV Analytics. We are not done yet, however.

Given the importance of identifying aromatics in jet fuel, VUV Analytics is now concurrently balloting for ASTM D8267- 19a to be included in the ASTM D1655 specification.  You can see in Figure 1 below that the correlation of ASTM D8267-19a compared to ASTM D1319 is extremely favorable across several different studies.

Additionally, many jet fuel experts realize that in addition to aromatics by ASTM D1319 or equivalent methods, you also must report net heat of combustion to certify jet fuel and that ASTM D3338 is the most used method for this purpose.  Because of this, and in addition to gaining ASTM D1655 inclusion, VUV Analytics is also concurrently balloting a revision of ASTM D3338 to allow the use of ASTM D8267-19a – adding even more value.

My expectation is that ASTM D8267-19a will be officially added to the D1655 specification and ASTM D3338 by mid-April 2020.  Check back for regular updates as we have even more planned. 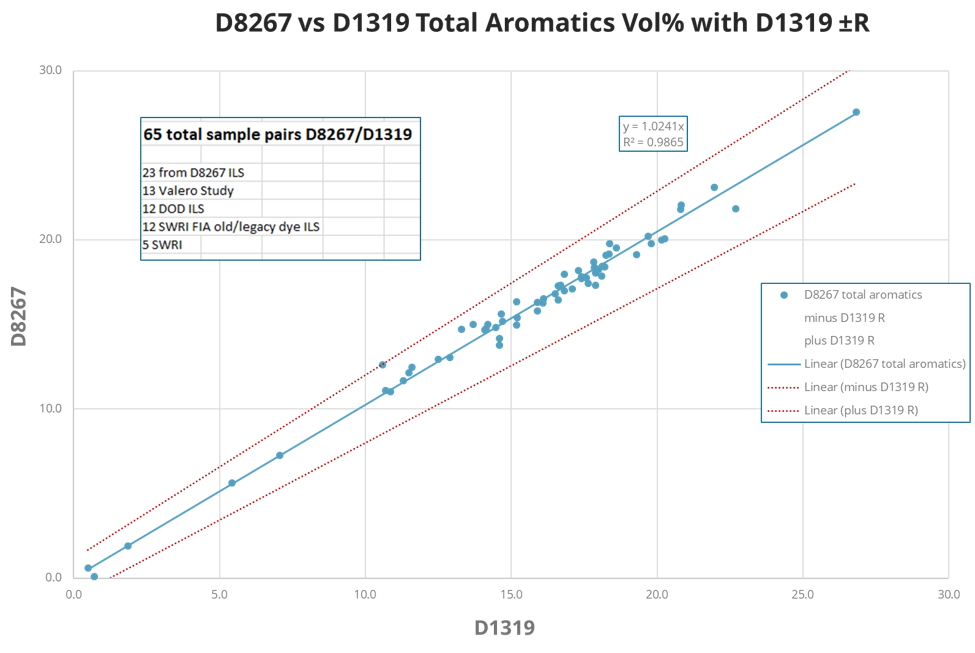 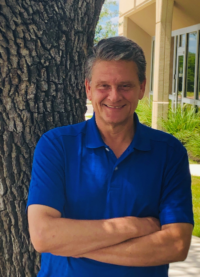 3 responses to “What a Year! Part Duex – Jet Fuel” 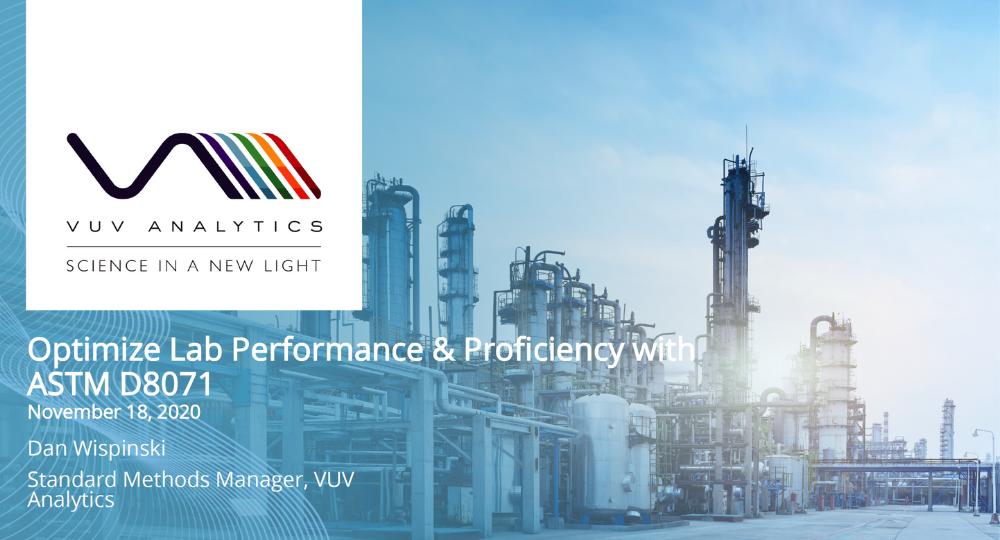 This webinar provides an insight into EPA Streamlining, ASTM D8071 and how changes for 2021…