Ethanol is a common “oxygenate” added to automobile gasoline in the United States to enable more complete combustion and reduced air pollution.  Typically, ethanol is not used in diesel fuel but may find its way into diesel storage tanks through cross-contamination with ethanol-containing gasoline (e.g., E10, which contains 10% ethanol).  According to a recent EPA report ethanol may support microbiologically-influenced corrosion of diesel storage and delivery systems when small organic acids, such as acetic acid, are formed during ethanol’s microbial degradation by certain bacteria.  There is a need then to monitor for low-level ethanol contamination in diesel.

Split injection of diesel into a gas chromatograph (GC) could be one way to monitor for ethanol, but detectability is a problem at low levels, especially given polar ethanol’s tendency to produce broad, tailing peaks on GC columns or be lost completely due to adsorption.  Static headspace offers an elegant solution to the sample introduction problem by employing a non-volatile mineral oil diluent that allows diesel sample volumes of several hundred microliters.  200 µL of diesel is placed in 2 mL mineral oil in a 20 mL headspace vial, heat/shake equilibrated for 10 min in a Gerstel MPS2 autosampler, followed by injection of the headspace into a GC-VUV system to collect absorbance spectra for compounds of interest, like methanol and ethanol (Figure 1). 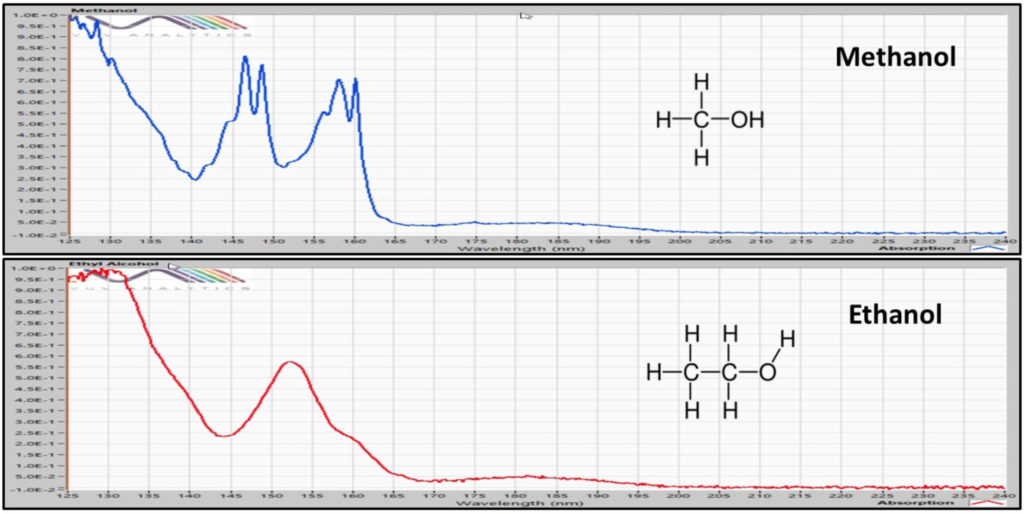 Figure 1. Vacuum Ultraviolet (VUV) absorbance spectra from 125 to 240 nm for methanol and ethanol. The VUV spectra for these alcohols are unique.

The beauty of the hydrophobic mineral oil diluent is that it suppresses volatilization of the diesel hydrocarbons that would otherwise overload the GC column, while simultaneously promoting ethanol transfer to the headspace for sampling and analysis (Figure 2). 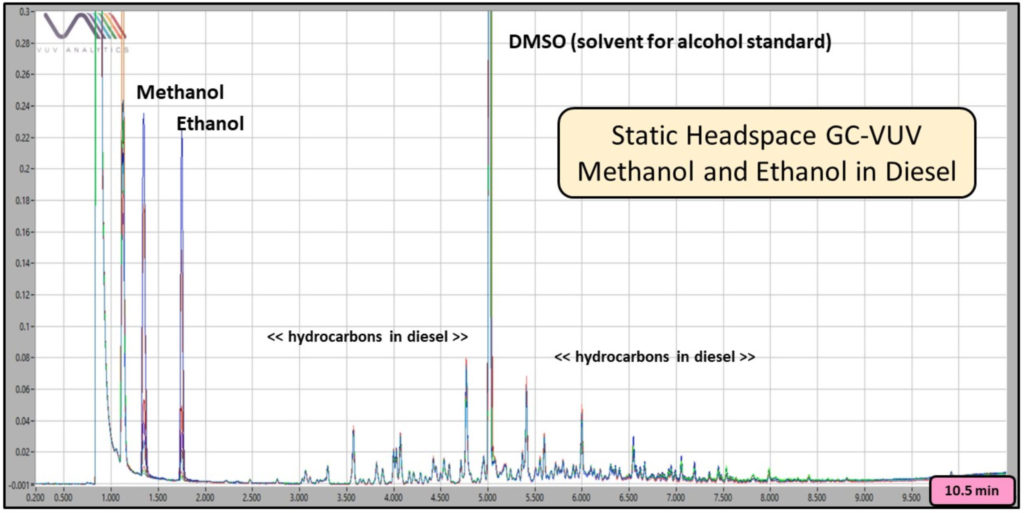 As shown in Figures 3 and 4, a range of ethanol (and methanol) concentrations can be determined using this method. 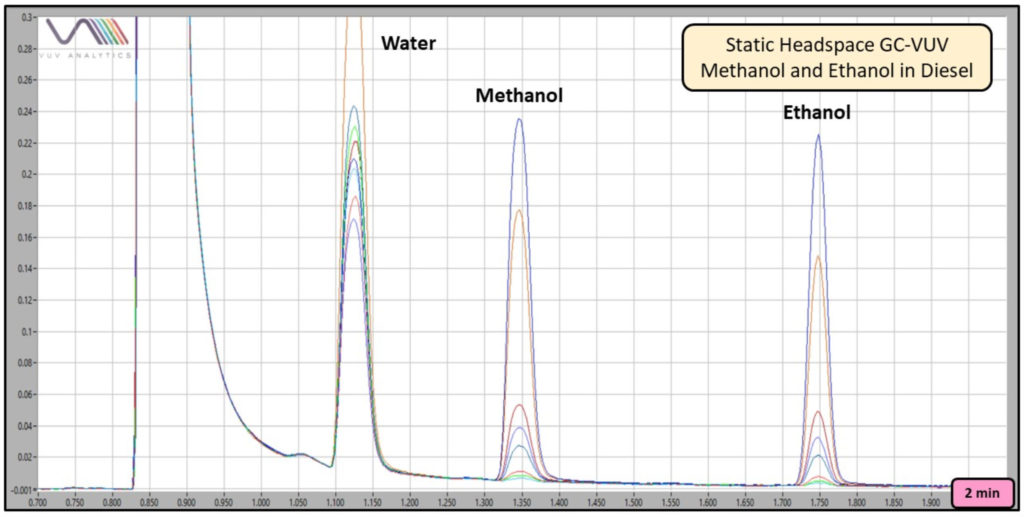 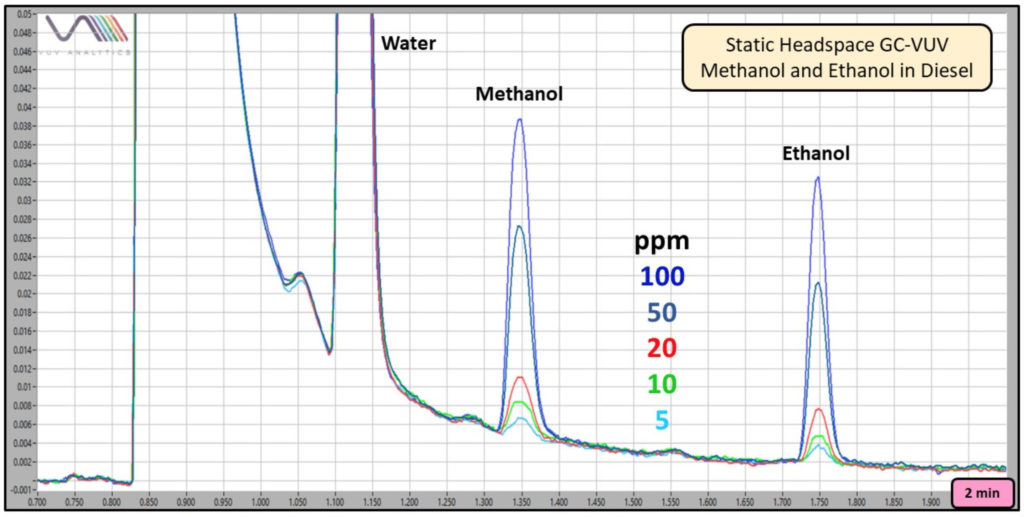