In a previous post I showed how methanol and ethanol can be determined in diesel with static headspace GC-VUV to help illuminate contamination of diesel with oxygenate-containing gasoline.  As mentioned in that post, it’s possible that ethanol used in gasoline in the United States can lead to serious microbiologically-influenced corrosion problems for diesel storage and handling systems when cross-contamination of fuel supplies occurs.  Corrosion can lead to underground storage tank leaks and groundwater pollution. 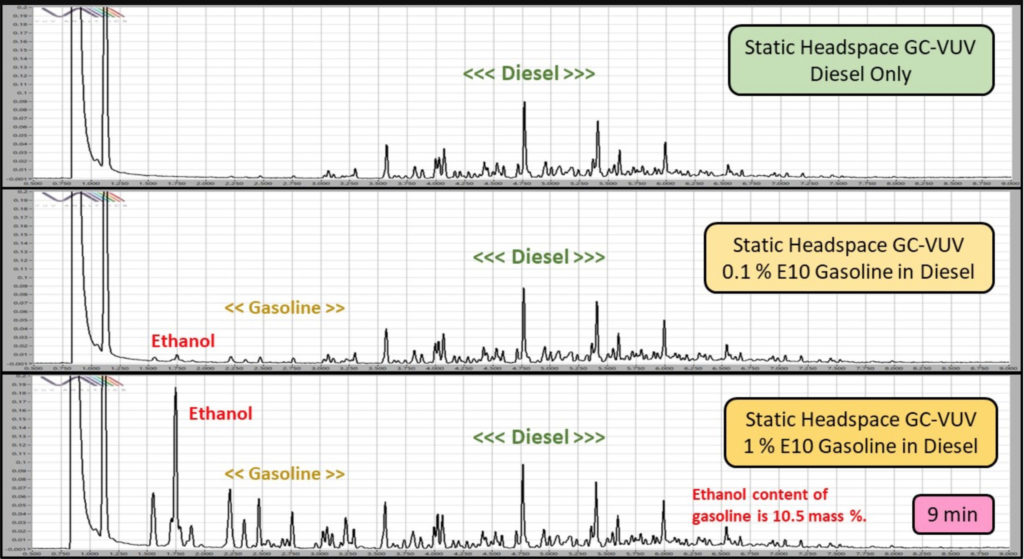 In addition to ethanol, other volatile hydrocarbons can act as marker compounds for gasoline contamination of diesel (Figure 2). 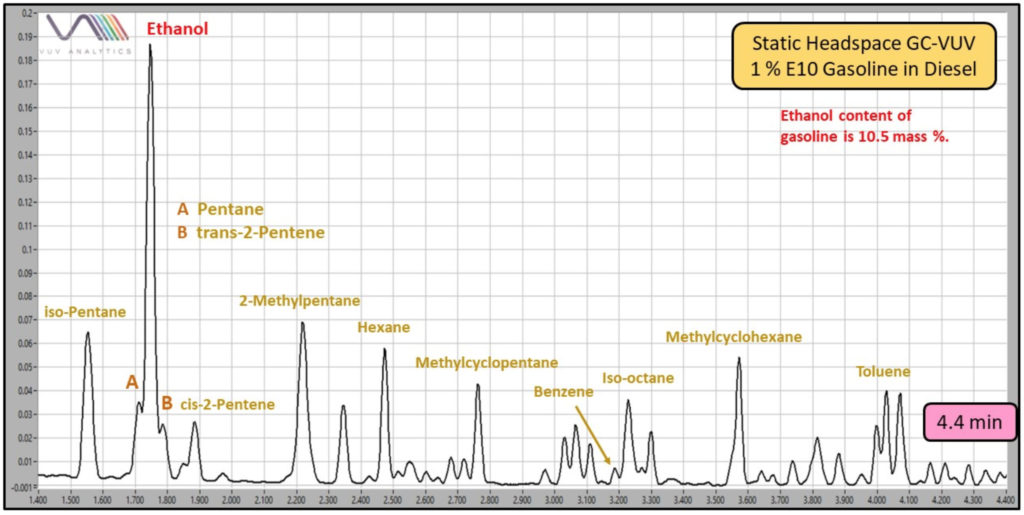 The volatile compounds that are unique to gasoline, including ethanol, are noted by proportional decreases in their peak heights when going from higher to lower percent contamination (Figure 3). 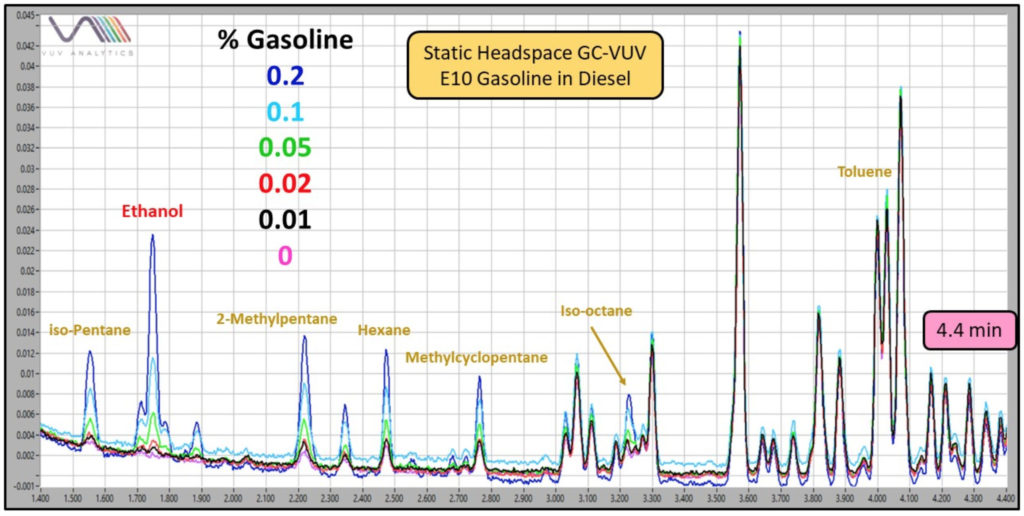 If you want a corrosion cocktail, I suggest a Rusty Nail (Drambuie and Scotch whiskey).  To avoid a bad hangover from the other version described above, monitor your diesel for ethanol with GC-VUV.