In the previous post, I demonstrated how the addition of an oxygen, as in the form of a small alcohol, could lead to a dramatic appearance of VUV spectral features in the 140 to 165 nm range.  These same spectral features start to become diluted as alkyl chain lengthens for primary alcohols.  Now, let’s investigate aldehydes to see if a similar phenomenon occurs.

Figure 1 is the VUV absorbance spectrum for formaldehyde.  Wow!  Rich, huh?  Other than just being visually striking, this distinct spectrum has analytical value because formaldehyde is not easily detected using gas chromatography with a flame ionization detector or mass spectrometer.  Figures 2-4 are VUV absorbance spectra for the next three aldehydes in the homologous series.  Unlike ethanol versus methanol where extra-sharp VUV features were gone for ethanol (ethanol still has a unique spectrum, though), the acetaldehyde spectrum (Figure 2) is quite spiky.  Even propanal still has some good points about its spectrum (Figure 3), before the alkyl chain length starts to suppress those a bit (Figures 4 and 5).

Although acetaldehyde (ethanal) is more typically thought of as a component of automobile emission from the use of ethanol-containing fuel, there is a chance it can show up in gasoline itself from chemical oxidation of ethanol, the oxygenate most often used in reformulated gasoline in the United States.  Acetaldehyde is also an artefact from GC analysis of ethanol when the inlet liner is dirty or poorly deactivated.  The potential coelution of acetaldehyde with methanol, butane, isobutane, and other volatile hydrocarbons in gasoline, could lead to quantification bias.  EXCEPT…the VUV spectral uniqueness of these small molecules (Figure 6) allows their easy deconvolution, which supports accurate identification and quantification. 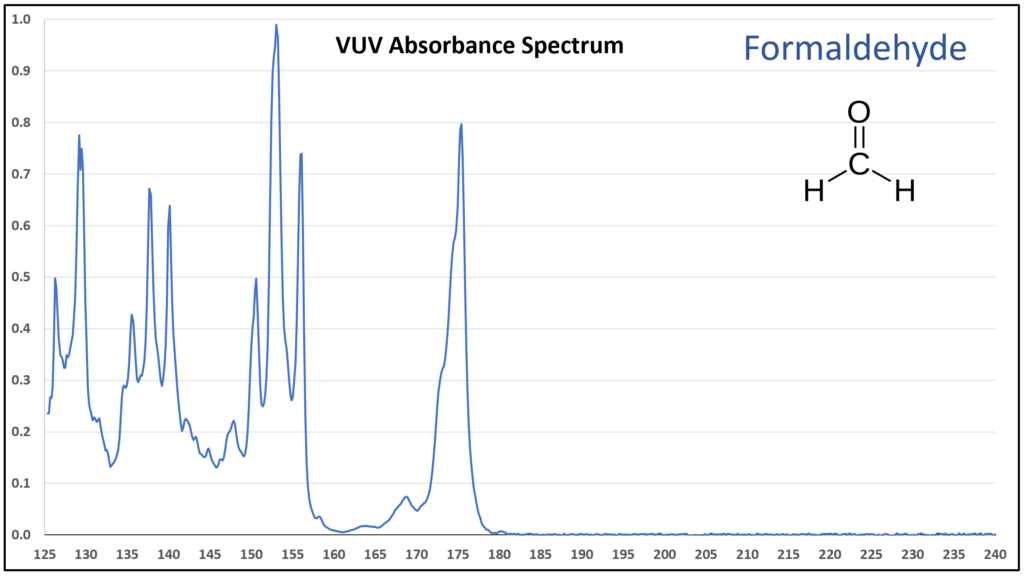 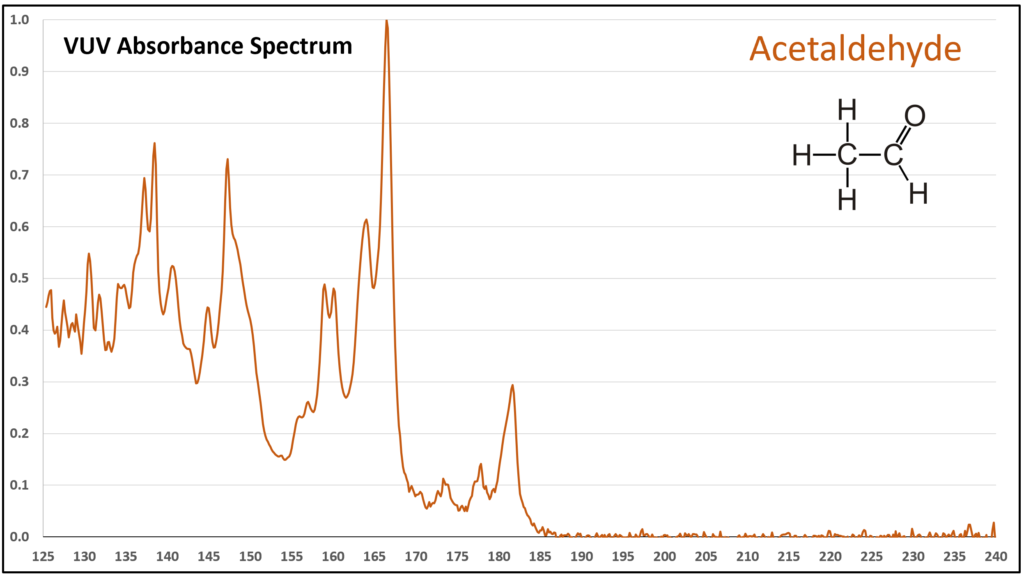 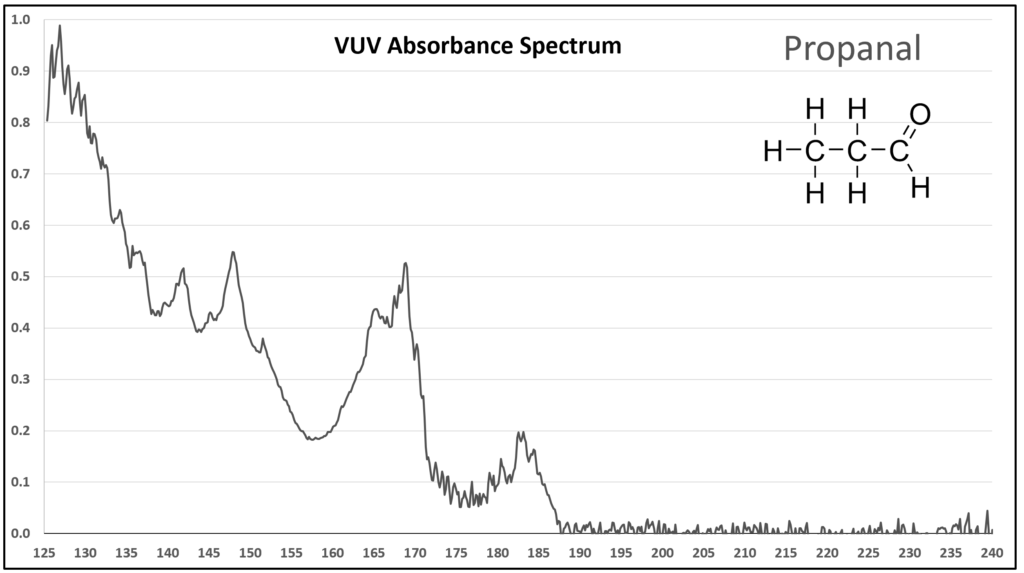 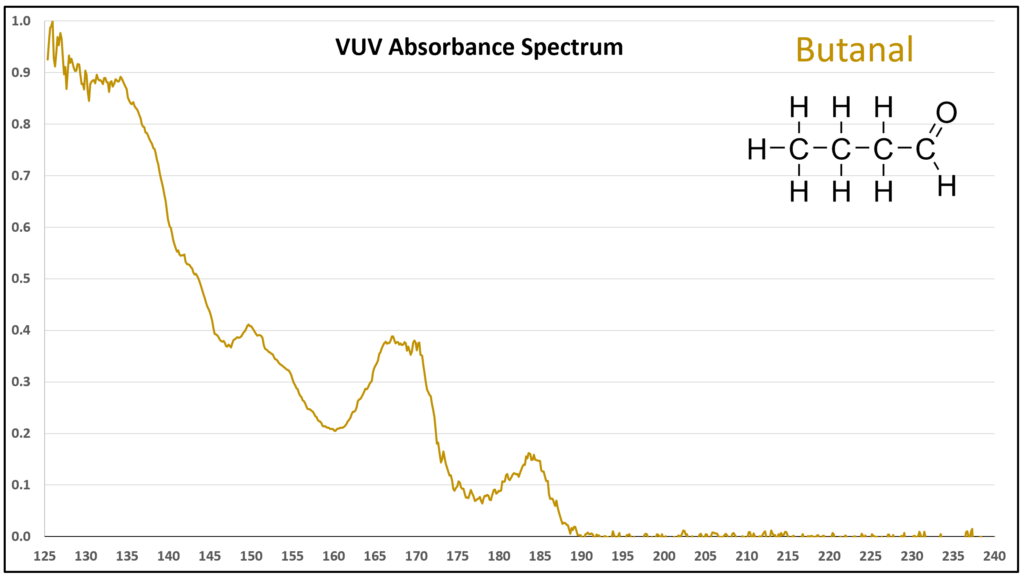 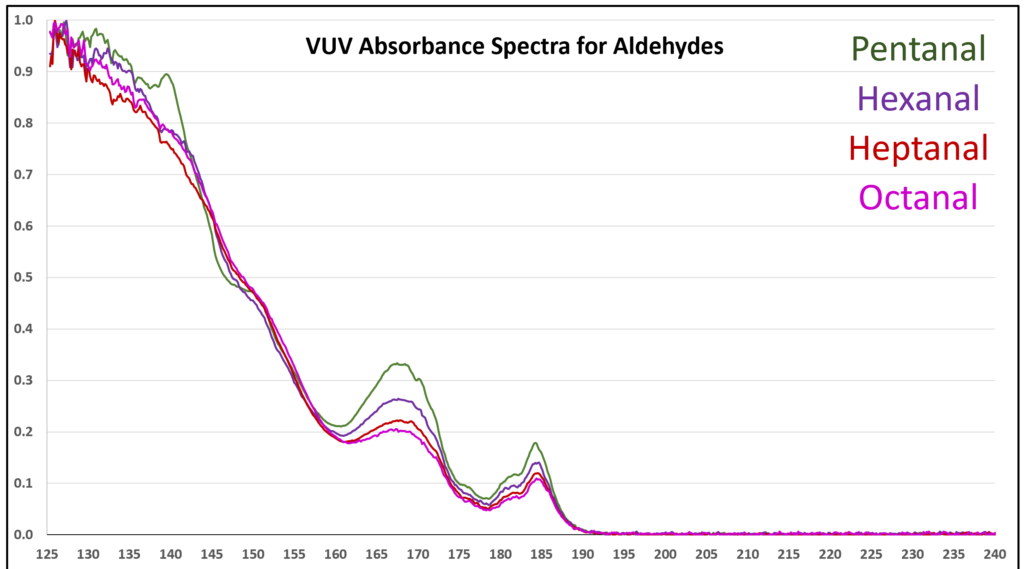 Figure 5. Overlaid VUV absorbance spectra for the homologous series of C5 to C8 aldehydes. The aldehyde spectra become more similar as the alkyl chain gets longer. 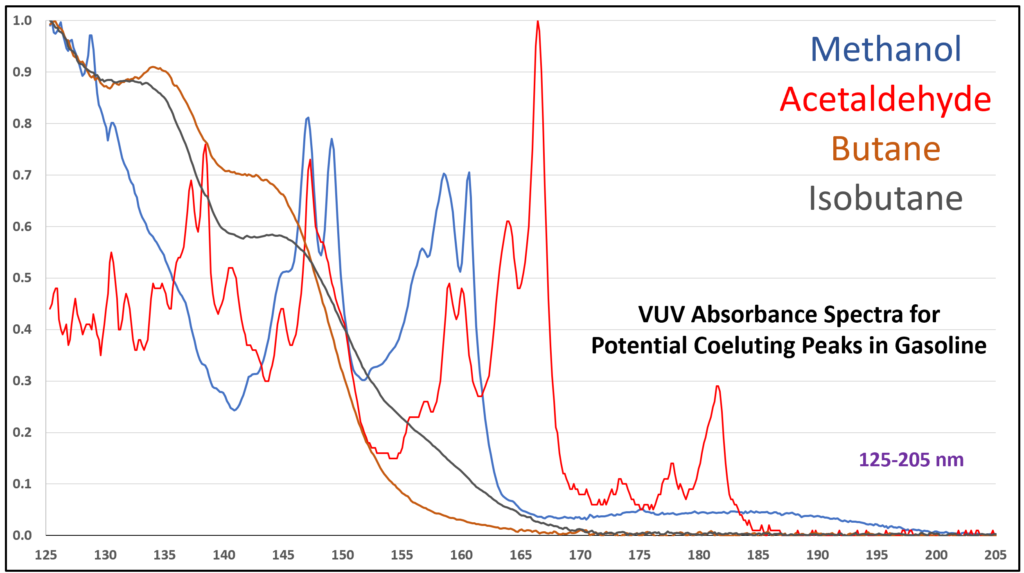 Figure 6. Overlaid VUV absorbance spectra (125-205 nm) for compounds that can coelute during a gasoline analysis by GC-VUV with ASTM D8071.