Keep Your Fuel Streams from “Diene” with VUV Part 1

Part 1 – The Trouble with Olefins

A large part of what makes VUV’s spectral deconvolution so powerful is that, in the gasoline range, compounds of each PIONA class have spectral features that distinguish them from the other PIONA classes.  As double bond equivalency (DBE) increases, and especially as we add π bonds, we get more response in the 170-200 nm region (Figure 1a). This gives us a distinct advantage over mass spectrometry (MS) when differentiating olefins from naphthenes: even though they have the same DBE, the π bond on the olefin gives a nice spectral feature around 180 nm that the naphthene does not (Figure 1b). In MS the olefins and naphthenes will have the same molecular mass, making them harder to distinguish, which turns to impossible when they coelute (Figure 1c). 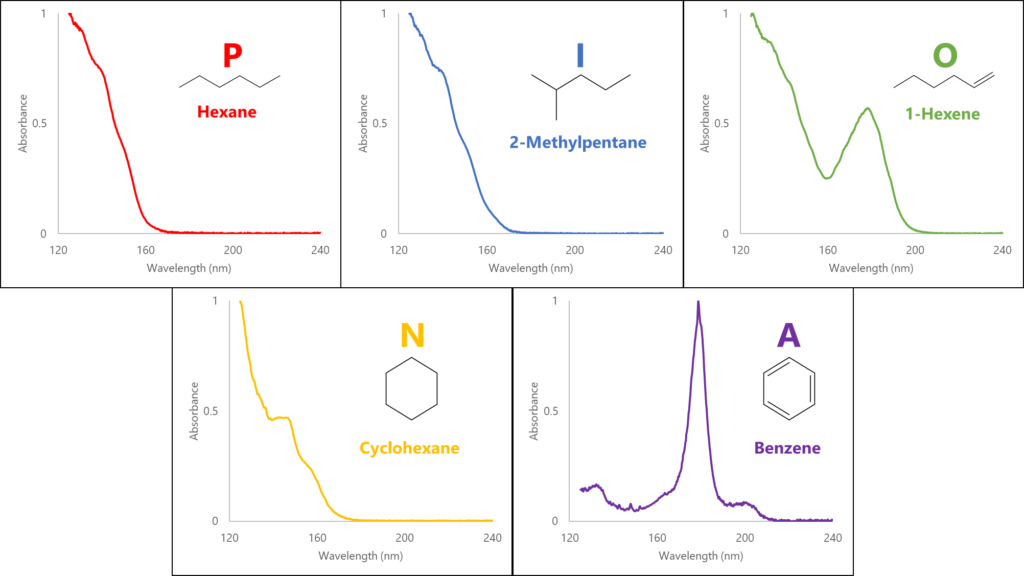 Figure 1a. Each PIONA class has VUV spectral features unique to its class. As we increase double bond equivalency, and especially as we add π bonds, we see more spectral absorbance in the higher wavelength regions.

Figure 1b. Even though they have the same double bond equivalency, these two isomers have distinctly different VUV absorbance spectra. This is indicative of naphthene/olefin isomers across the entire gasoline range.

Figure 1c. Unlike VUV, mass spectrometry struggles with these same isomers. Even though some of the m/z relative intensities are different, both compounds have the same major ion fragments, making them difficult to distinguish in a complex matrix like gasoline.

None of this information is news to you readers who have been dutifully following our blogs on ASTM D8071. So why am I rehashing it here? Well, dear reader, there’s a certain subset of olefins that are particularly troublesome to refiners. Of course, I’m referring to conjugated diolefins (CDOs), also called conjugated dienes, which are our focus for this 3-part series.  These compounds polymerize in high enough concentrations, which in hydrocarbon streams can gum up pipes and subsequently cause a refinery to shut down to clean out the blockage. Thus, CDO levels need to be kept below a threshold to prevent this polymerization from happening.

Figure 2. Schematic of the Diels-Alder reaction of maleic anhydride (a dienophile) with a conjugated diolefin used to determine Diene Value in UOP Method 326. This reaction is not particularly selective, as it will react with nucleophiles like alcohols and thiols but not with sterically-hindered CDOs.

Although UOP-326 is still used today in some capacity, it has a number of drawbacks.  The method takes over 3 hours, whether done manually or automated.  Certain nucleophiles like alcohols and thiols (which are commonly found in or added to fuels) will also react with maleic anhydride, positively skewing values. On the flip side, some sterically-hindered diolefins like 2,5-dimethyl-2,4-hexadiene won’t react at all, negatively skewing values. Because of this lack of selectivity, the method is only semiquantitative and cannot give qualitative information, like which diolefin species are present.

Since then, a wide variety of methods for measuring CDOs have cropped up, including derivatized GC (which we’ll explore in tandem with VUV in Part 3) with MS/NCD, HPLC, SFC-UV, NMR, near-IR, and voltammetry.  So how well can GC-VUV measure these conjugated diolefins, and is it possible to speciate them as part of our normal D8071 analysis?  Find out in Part 2! 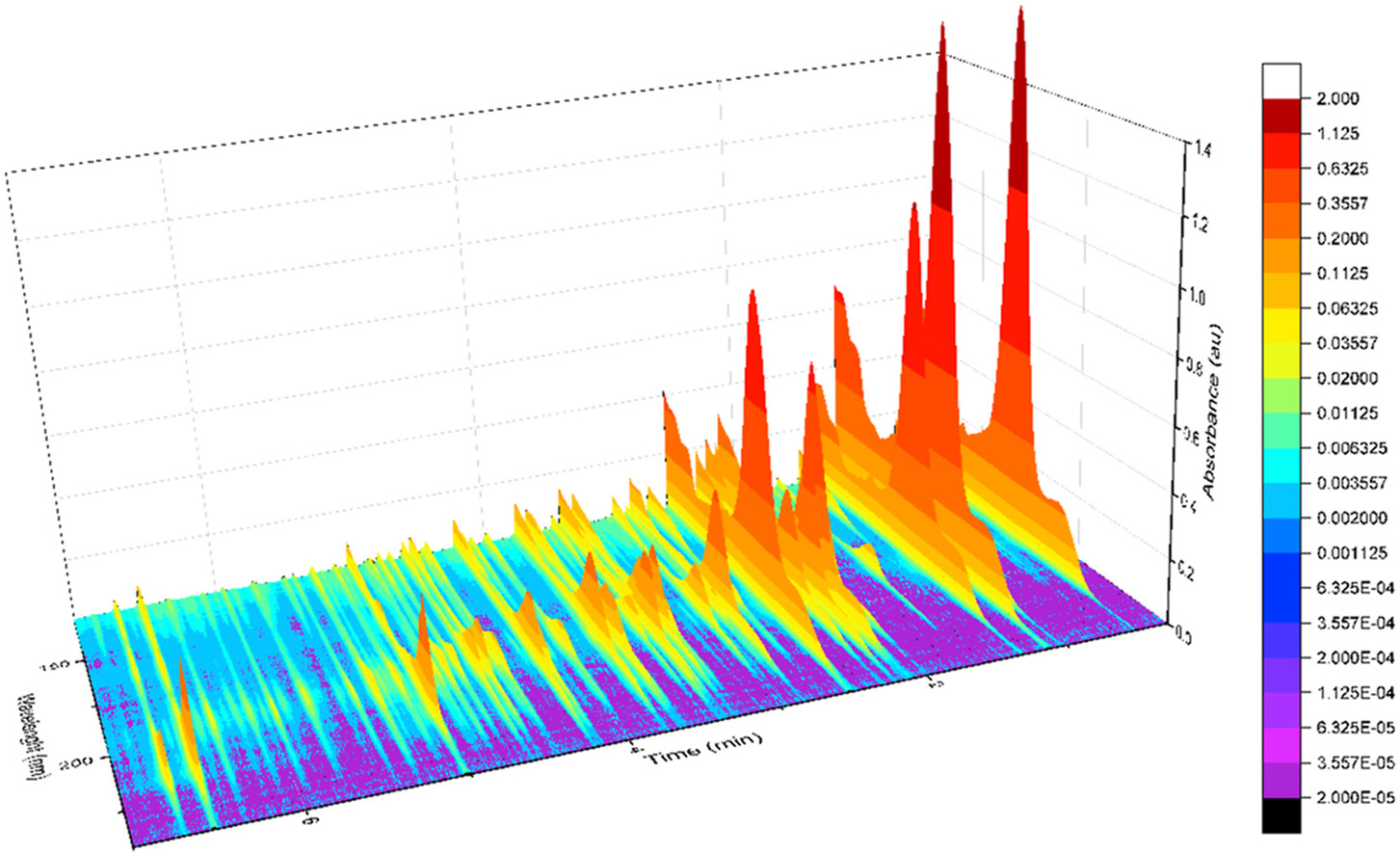