Dilution is Not Always the Solution: The Impact of Makeup Gas Pressure for a VUV Detector for GC

We use makeup gas for our VGA-100, the world’s only vacuum ultraviolet spectrometer for GC.  As with any typical GC detector, other than a mass spectrometer, makeup gas is employed to efficiently sweep analytes eluting from the GC column through the detection area, which in this case is a flow cell exposed to deuterium lamp light passing through two transparent windows.  Another function of the makeup gas flow in this case then is to keep those windows clean so that less volatile sample residue does not build up on them.  I guess in that regard, dilution is the solution to pollution.

A simple experiment where the nitrogen makeup gas pressure was varied from 0.25 (recommended) to 1.00 psi for the VGA-100 while data was collected from the GC analysis of an alkanes standard makes the point above.  Increasing the makeup gas pressure only hurts detectability and does nothing to improve peak shape (Figures 1 and 2).  To sum up, when you’re in the lab, don’t put too much pressure on yourself…or your VUV detector for GC. 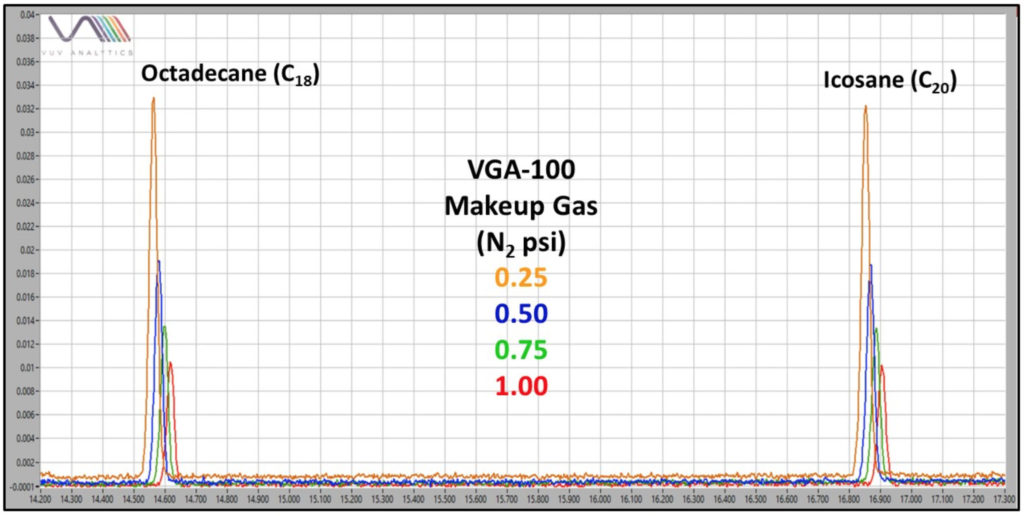 Figure 1. As makeup gas pressure is increased for the VUV flow cell, residence time for analytes in the cell is shorter and sensitivity is decreased. 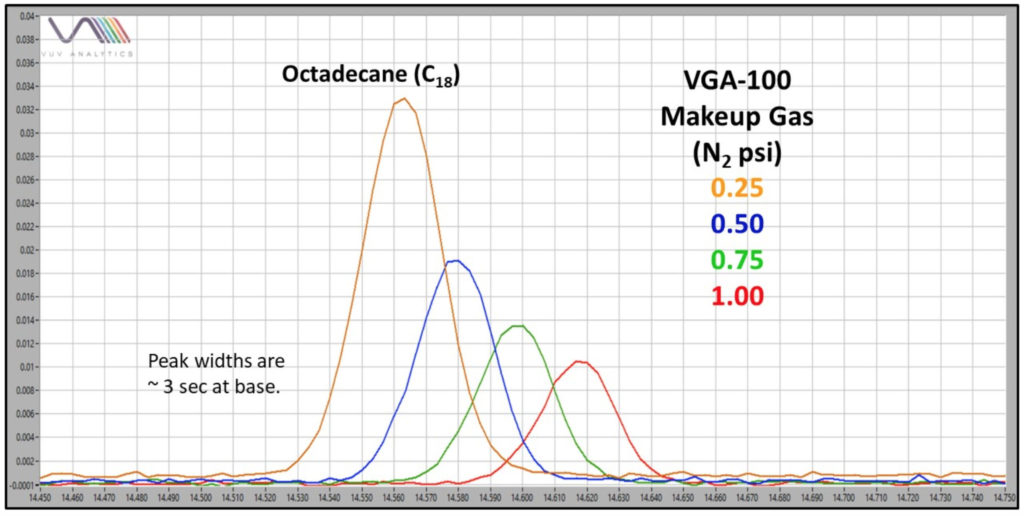