Expanding Our Arsenal of Fuels Analysis – Methanol in Biodiesel

Expanding Our Arsenal of Fuels Analysis – Methanol in Biodiesel

Hello avid followers! For those of you who regularly read our content, you may have noticed a trend – we talk A LOT about fuels. Welp, here’s another one to add to the list. If you read my latest blog post Detecting Methanol in Light Crude Oil With GC-VUV, this post will sound VERY familiar.

If you keep up with current events, you’ll occasionally hear about alternative fuel sources, and biodiesel falls into that realm. Keepin’ true with the fuels theme, I naturally decided to explore the GC world of biodiesel analysis and came across a method called EN 14110. This method measures methanol in finished biodiesel, ranging from 0.01% to 0.50% (m/m). Obviously when I read this, I instantly thought of the methanol in crude oil experiments I did a while ago and knew this was doable!

The concept for methanol analysis in biodiesel is pretty much identical to the crude oil experiment– they both use static headspace GC to determine % level ranges of methanol. Conveniently enough, biodiesel has fewer volatile components than light crude oil, so the headspace chromatographic profile is simpler. Figure 1 shows exactly that –a biodiesel headspace chromatogram with only three notable peaks: oxygen, water and methanol (which can be easily identified by their absorbance spectra).

After the initial screening, I examined the methanol percent range of 0.01% – 0.50% and found that the method detections limits were below 0.005% (Figure 2). This result is promising, since I like to ensure my experiments can see ~10x lower than the smallest calibration point. I took it a step further and ran calibration standards at 0.5%, 0.1% and 0.01%, in triplicate, and found the curve to be linear (Figure 3). So, what does this preliminary study tell us? We could do methanol headspace analysis in multiple fuel sources! 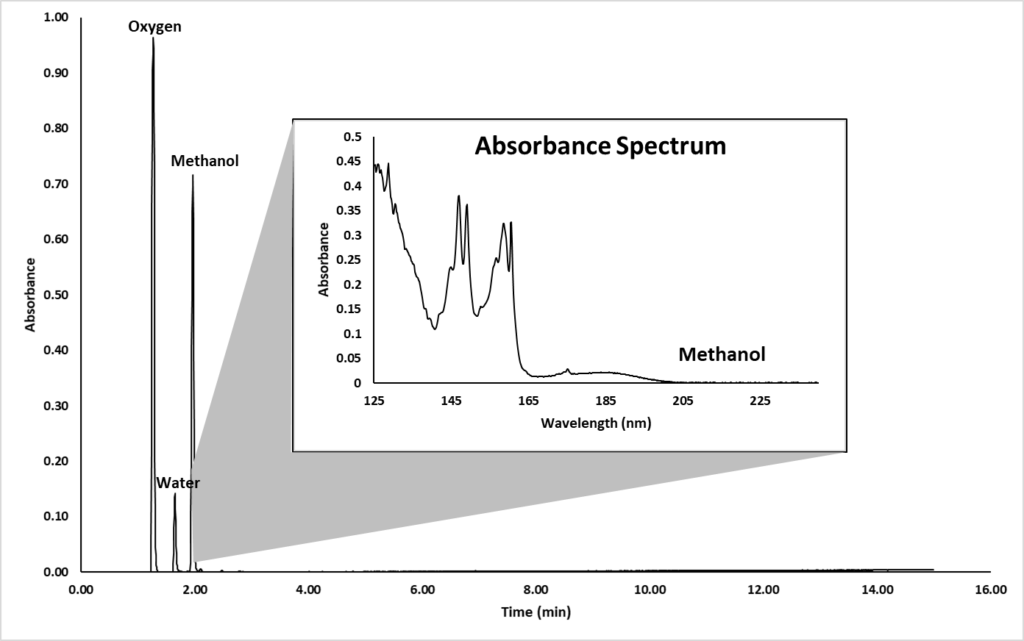 Figure 1 shows a biodiesel headspace chromatogram with 0.50% (m/m) methanol. The inset plot shows the absorbance spectrum of methanol, which is distinct from water and oxygen. 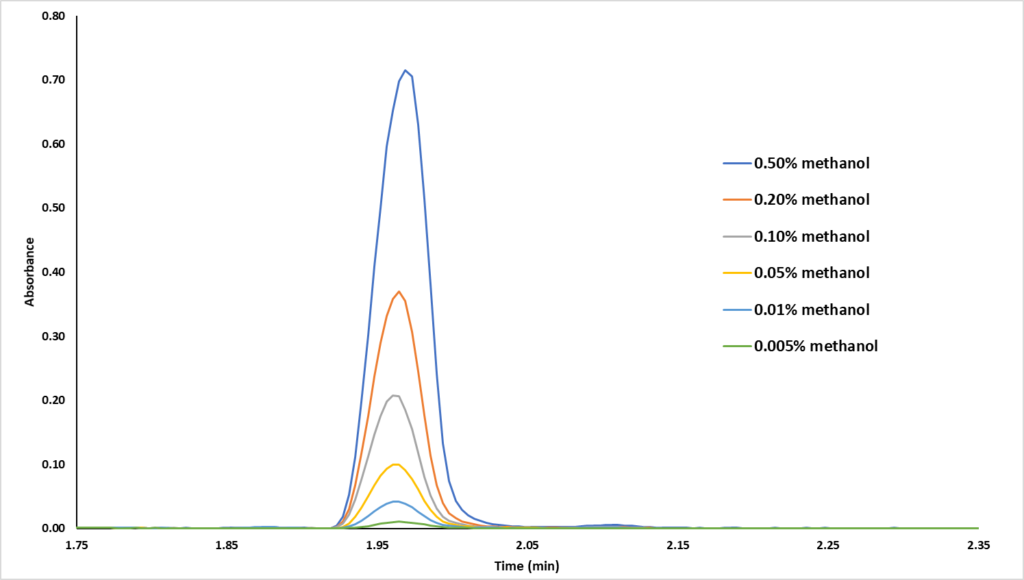 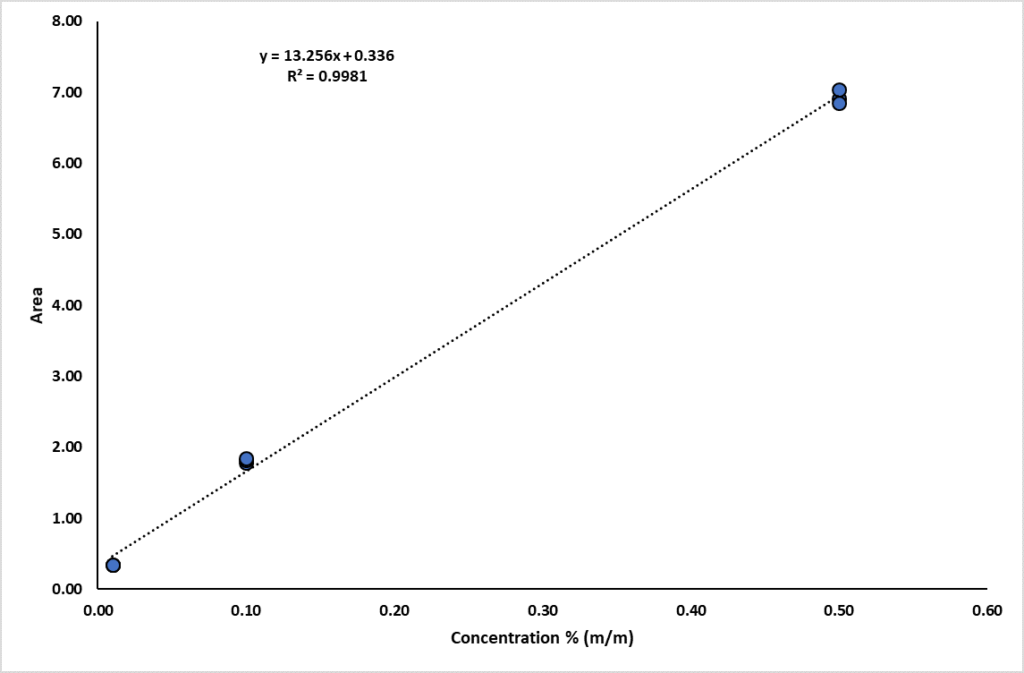