GC-VUV as a Tool for Seized Drug Analysis

Being an Austin based company, we’re all too familiar with how location impacts real estate value (and property tax). The rash of designer drug overdoses over the past year have highlighted the value of knowing the location of chemical bonds in isomeric compounds. Forensic scientists have shared their frustration in seized drug analysis of synthetic cannabinoids, amphetamines, and cathinones (aka bath salts). Characterization of these compounds by GC-MS can be problematic because of the difficulty in forming useful molecular ions and generating mass spectra that can differentiate between structural isomers.

GC-VUV provides a robust analytical alternative capable of the rapid identification and quantitation of these drugs of abuse. The VGA universal gas chromatography detector delivers excellent measurement sensitivity and unmatched selectivity without the need for chromatographic baseline resolution or continuous calibration. All compounds absorb strongly in the VUV spectrum, and their inherent absorbance cross sections lead to unique spectral fingerprints.

Figure 1 shows a GC-VUV chromatogram of phenylethylamine and cathinone standards along with their corresponding spectra. GC-VUV data is inherently three dimensional (Absorption, Wavelength, Time), and compound spectra provide identifying information that is more specific and reliable than retention time based methods. 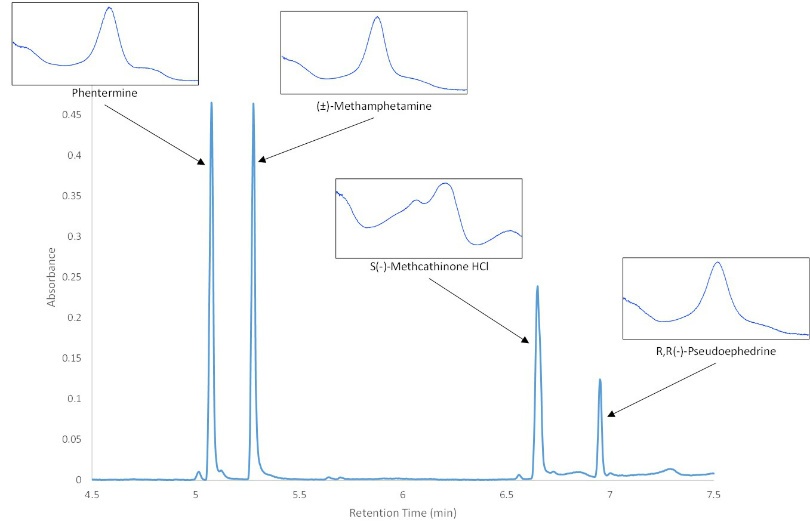 Figure 2 is a spectral overlay comparison of the phenylethylamine isomers and cathinone. Methamphetamine and phentermine differ only by the arrangement of methyl and amine groups. Distinguishing between these compounds by GC-MS would be prohibitively complex. However, the subtle spectral differences shown in the figure are sufficient for the VUV library to differentiate between the structural isomers. Identifying analytes by their VUV absorbance profiles is repeatable, and spectral quantitation is specific to each compound. Comparing the cathinone absorbance profile to the phenylethylamines also demonstrates how characteristic VUV signatures enable the distinction between compound classes despite structural commonalities.

This brief drug analysis using gas chromatography hints at the capabilities being adopted in forensics labs around the US. Crime labs are now able to quickly identify drugs of abuse and distinguish between their isoforms. Knowing “where it’s at” is no longer just for realtors and hipsters. 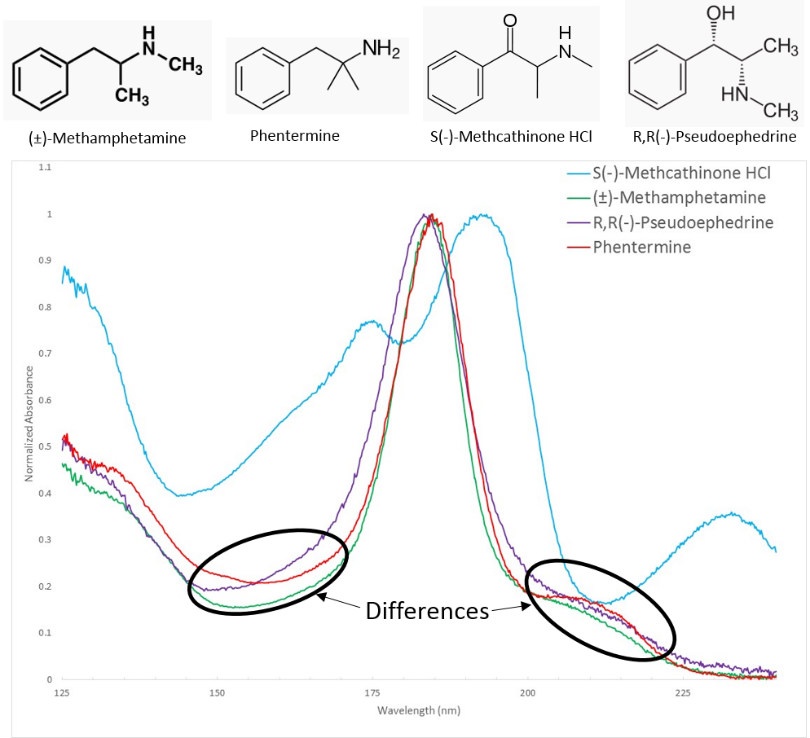 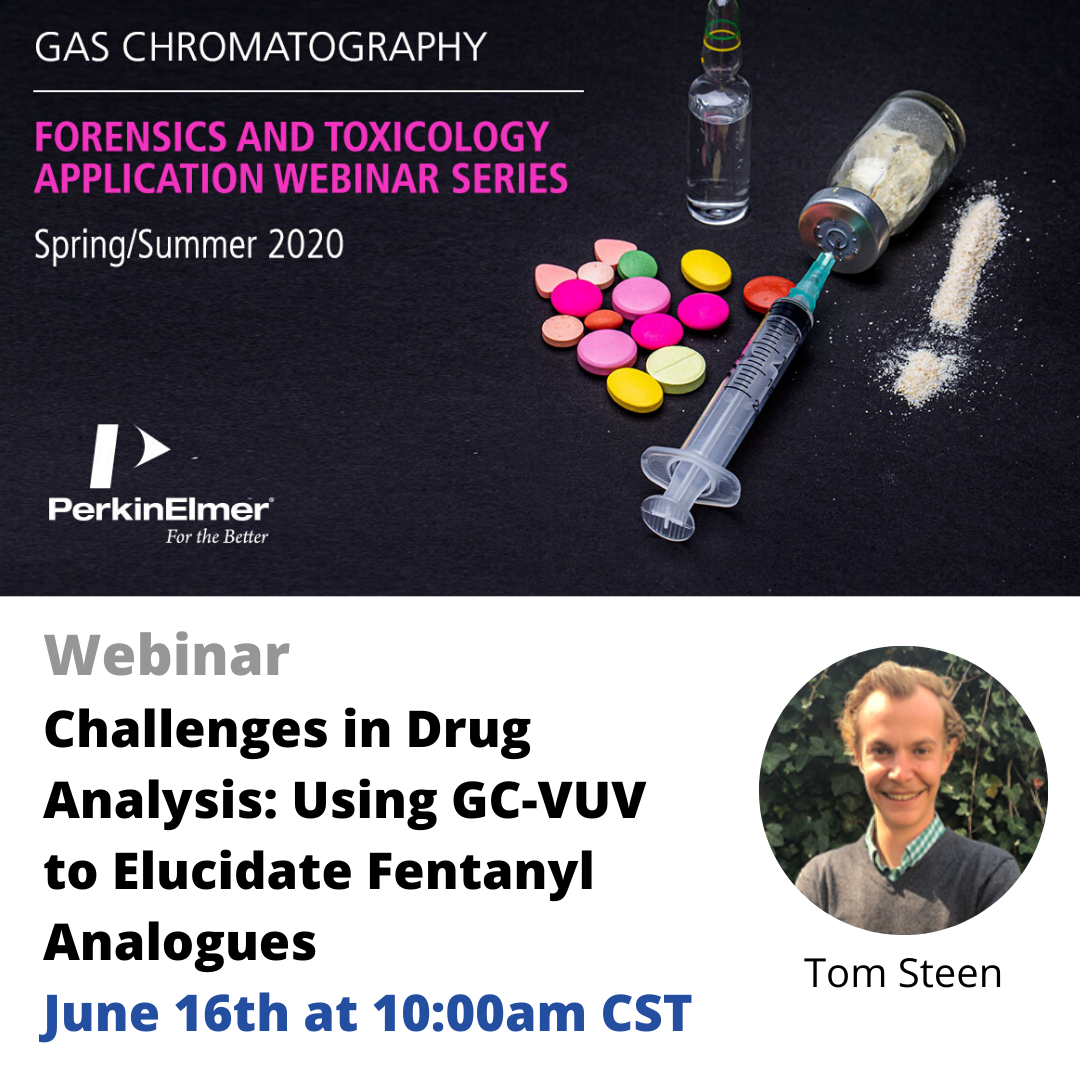 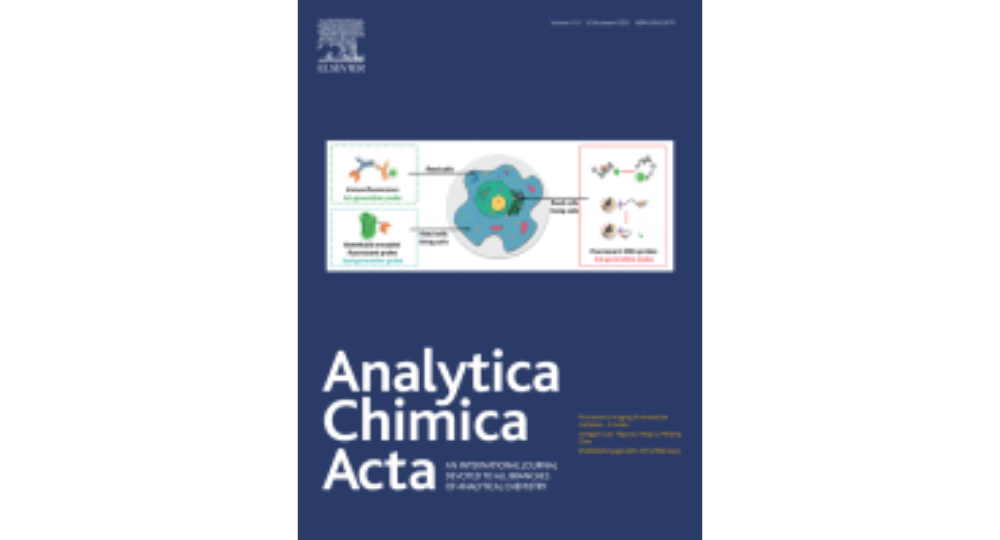 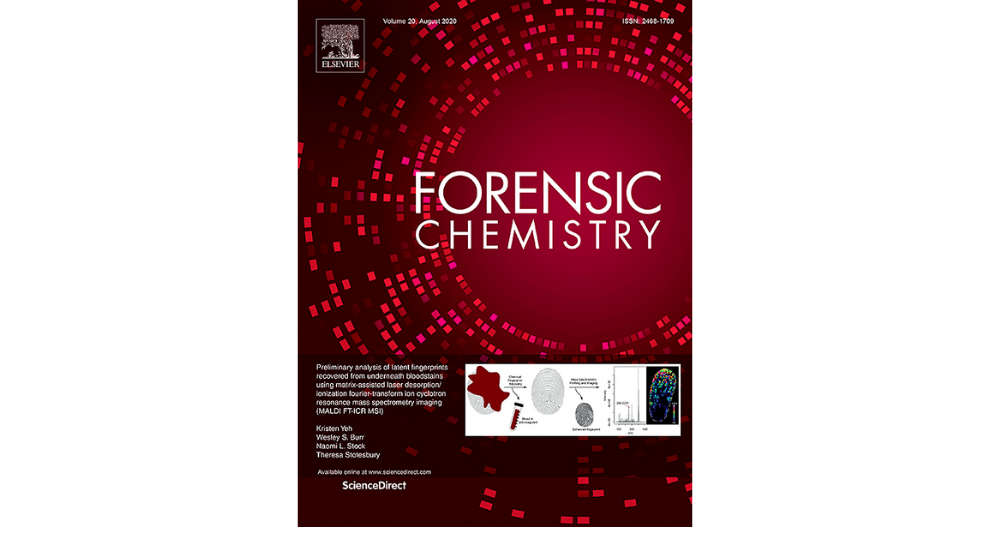