I hate derivatization. That being said, I love derivatization. What is there not to love about such an elegant chemical reaction where the purpose is to create something new from reagents you have just so you can see it and measure it better? Is your target compound thermally unstable? Derivatize it. Not volatile enough? Derivatize it. Your detector cannot see it well? Derivatize it. Is it too volatile? Yes, you guessed right – derivatize it. In my 30 years of analytical chemistry I have not found a more handy technique, although that does not mean it is simple or easy. 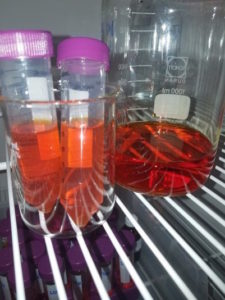 Let’s look at analyzing aldehydes and ketones. The de-facto standard method is 2,4-dinitrophenylhydrazine (DNPH) derivatization. This acid catalyzed condensation reaction of carbonyl compounds with DNPH is a well-known reaction for characterizing carbonyl compounds. To run this analysis, you get to use impingers and bubblers or canisters or little tubes with fancy stuff in them. Who doesn’t like recrystallizing your reagents or quenching reactions with pyridine? It is such a clever reaction; it challenges your sample handling skills and is seriously such a pretty color with not too much of an acrid bouquet. You get to use liquid chromatography, fancy solvents, and everyone’s favorite – the UV-VIS detector. All the while you are praying that you have 100% conversion of your aldehyde into the DNPH version. It takes some skill and the aldehyde-DNPH method makes you feel like a real chemist.

Allow me to tell you a story. I was a happy chemist, minding my own lab, when one day some guy drops by and says he has a way cool new detector for my GC that uses UV detection. So I tell him, “Hey, GC-UV has been around since 1983. That was the last big thing in GC detectors.” As I am walking back to lab I hear him say, “Yes, but this one looks at the vacuum UV.” Inconceivable! That is high-end physics talk. I stop, turn around, look him square in the eye and say, “You’re making that up.” “Nope”, he says, “just look at these spectra, and I got these from this box that bolts onto your GC like an MSD.” I was hooked. A couple of months later a box arrived, I cobbled together a GC system from used parts to test the thing out. Here was my chance to show what a real chemist can do with a new physics detector.

We work quite a bit with environmental toxins in air, smoke, vapor and aerosol. Of particular interest are carbonyls and small molecular weight alkanes and olefins. If what they claimed was true, then I should be able to see my gas phase carbonyls by GC without derivatization. I loaded up a gas collection bag and spiked it with my carbonyls, and just for fun, added some ammonia because I was interested in that compound too.

I found a spare CAM column and my favorite 1 mL gas-tight syringe, injected it, and waited. And then there were peaks. Seven peaks actually, and I only put six in the mix. After playing with the spectra and shooting a few individual compounds to confirm retention times, all six target compounds were found along with a little bit of oxygen and water. Mind blown. 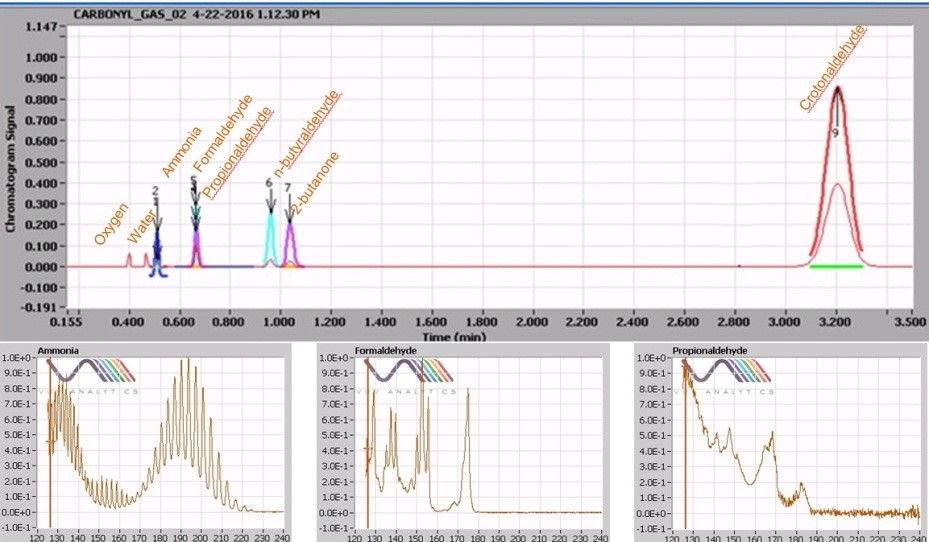 Unsatisfied with this, I collected a smoke sample and injected 1 mL using a PLOT column. Once again, I saw peaks, many peaks. The spectral library allowed me to readily identify these peaks, each with unique spectra and in relative proportions that matched what we had been seeing for years. These small molecules are not easily seen by mass spec, thus the ability to provide conclusive specificity is complicated at best. Yet here was a chromatogram of my smoke sample, readily separating and identifying molecules of less than 50 molecular weight with ease. 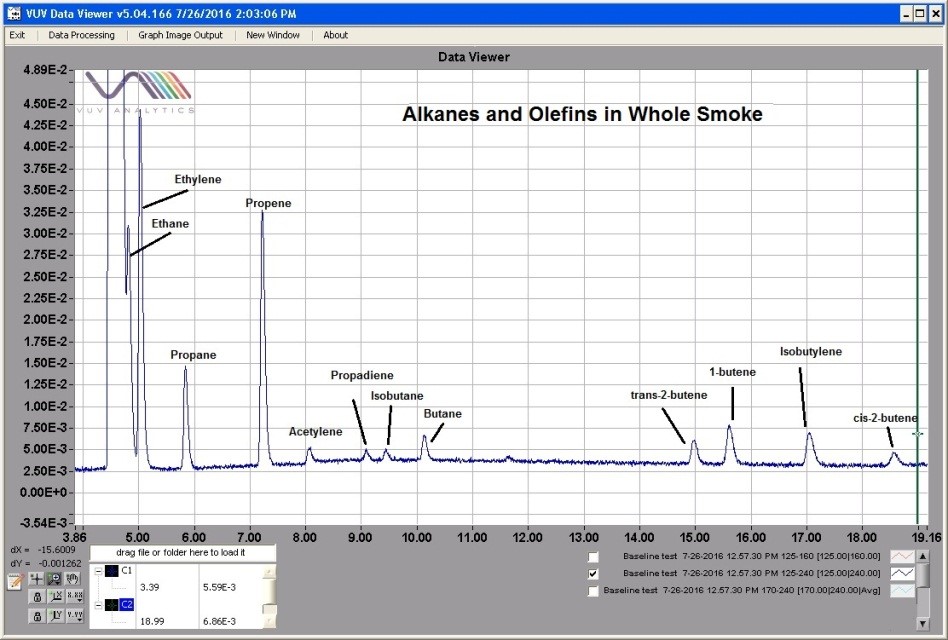 Since that time we have been trying several other sample types and compounds, looking for detection limits, quantitation limits and even using the Beer-Lambert quantitation that doesn’t require calibration curves. GC has become exciting again, and with the VUV detector, it makes you feel like a really powerful chemist.