Our first efforts at doing residual solvents analysis in pharmaceutical products using static headspace – GC-VUV involved the Class 1 and Class 2 compounds specified by ICH and USP.  Example Class 1 solvents are benzene and carbon tetrachloride, which have very low ppm concentration limits. For the Class 2 solvents, gas-chromatographable representatives include methanol, cyclohexane, and tetralin.  There are others in both of those classes, but there are also many solvents (e.g., the Class 3 list) we left untouched during our initial method development, which also involved analysis of over-the-counter samples, including allergy medication, sore throat sprays, infant acetaminophen, an herbal relaxation agent, immune support tablets, and a “hangover” painkiller.  As expected, almost all the samples showed no to very low residual solvents. Great for consumers, but boring for an analytical chemist.

The hangover medication was a liquid that had dosage instructions and a list of active and inactive ingredients in the “Drug Facts”, as required by the US FDA.  Active ingredients listed were choline salicylate, an NSAID pain reliever, and caffeine, a pain reliever aid.  Inactive ingredients included citric acid, sodium citrate, sodium benzoate, natural flavors, sucralose, and purified water.  I’ll pause here to remind you of the beauty of using static headspace for analysis of volatile residual solvents for this type of sample.  None of that non-volatile stuff makes it to the GC in any substantial quantity such that it could lengthen run times or degrade GC inlet and column performance.  Wonderful!

Interestingly, the hangover medication did have one ingredient not listed on the Drug Facts label (Figure 1).  Ethanol!  Ironic, eh?  Maybe not, given the expression, “hair of the dog”. Even though we were not analyzing the Class 3 solvents early on, we easily confirmed non-target ethanol in the hangover sample using our absorbance spectral library (Figure 2).  Since then we’ve done many of the Class 3 solvents, too. 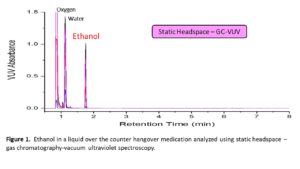 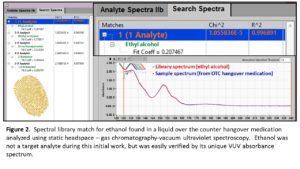 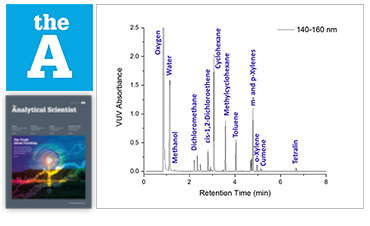 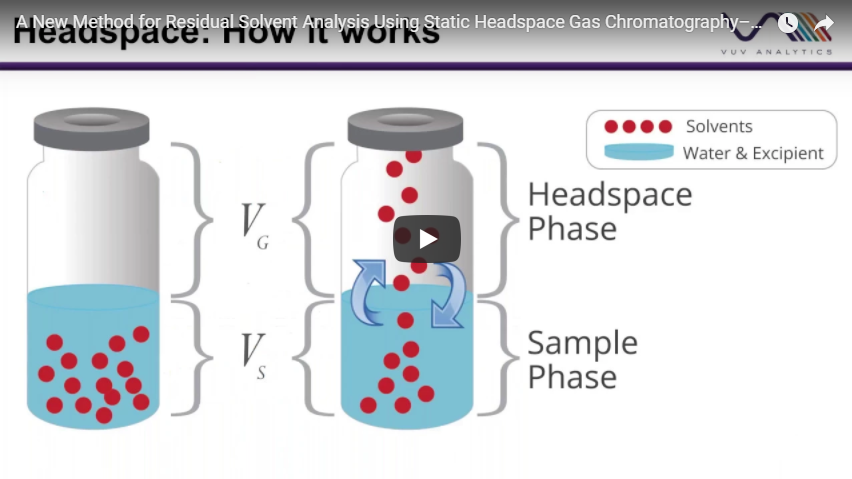