When Lindsey Shear-Laude and I started our method development for residual solvents in pharmaceuticals, one of our goals was to substantially decrease GC run time by taking advantage of the power of deconvolution for vacuum ultraviolet absorbance spectrometry in case of coelutions.  Ultimately, we came up with an 8 min GC run (Figure 1), which saves significant time versus traditional USP GC-FID methods.  But wait-a-minute…  Isn’t the USP-specified static headspace sample equilibration time 45-60 min?  That is quite the mismatch in sample preparation and instrument times.  Well, read on… 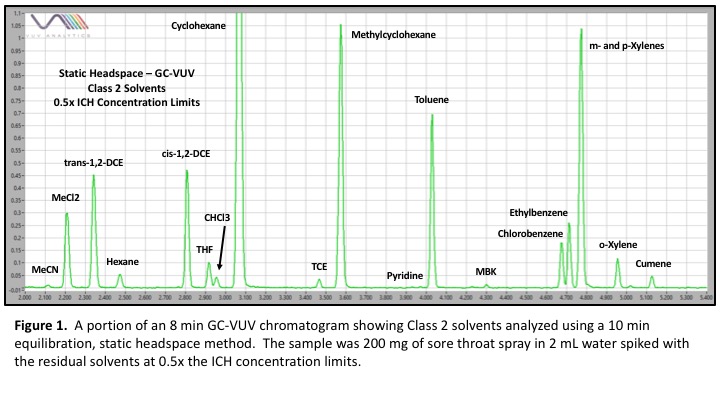 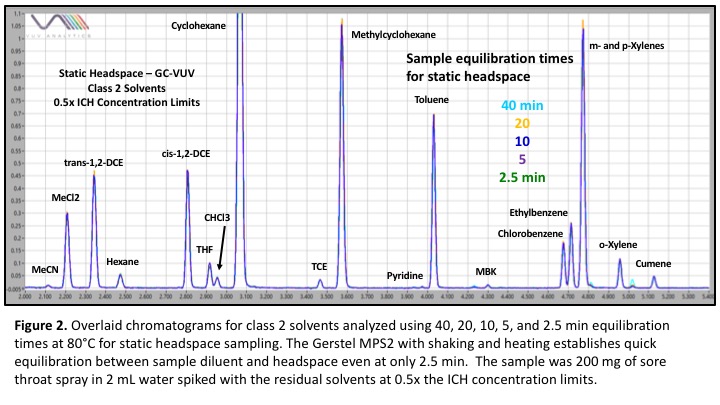 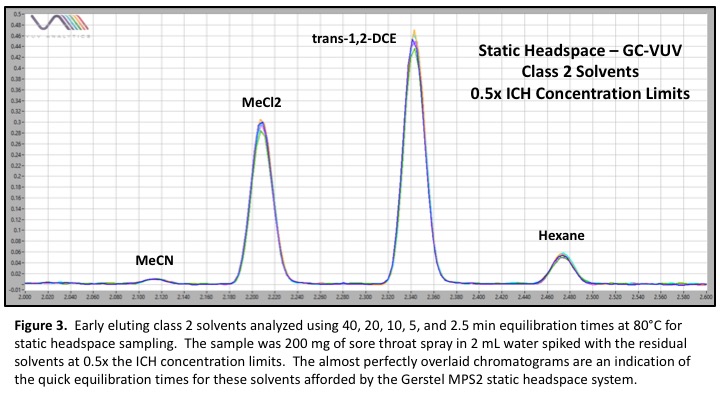 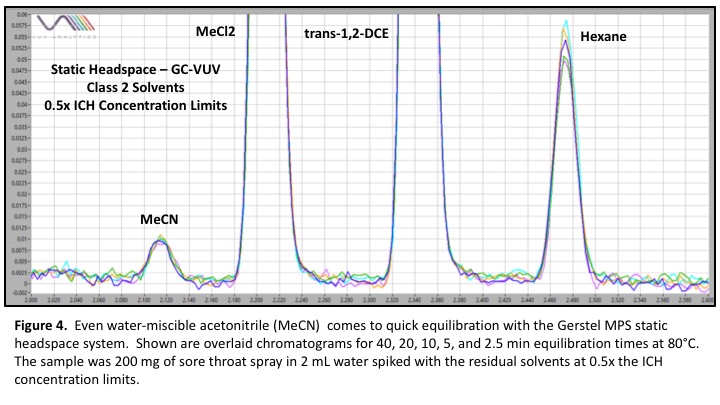 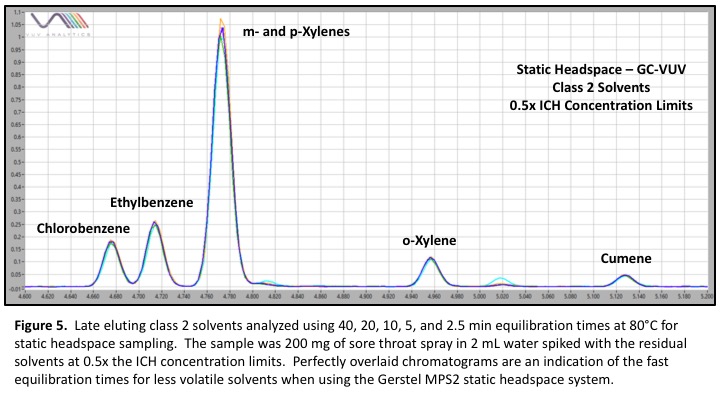 Only in one case when analyzing Class 2 solvents for water-soluble articles did we find our equilibration time significantly “non-equilibrated”: Tetralin, the most involatile Class2 solvent (Figure 6).  Even so, if the shorter equilibration times give repeatable data, residual solvent method requirements are easily met. 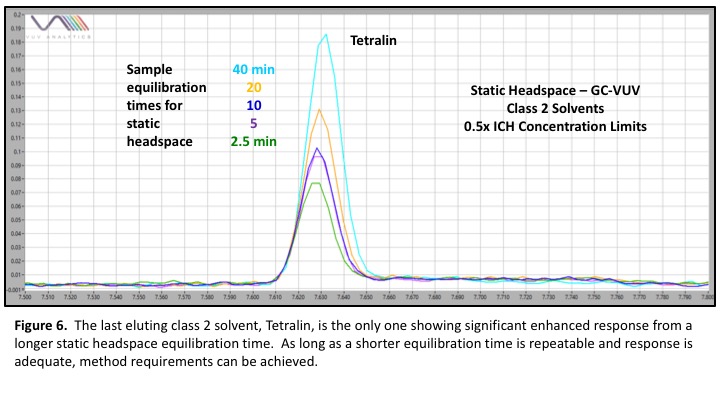 If you want to learn more about static headspace sampling with the Gerstel MPS2, and residual solvents analysis using GC-VUV, check out Lindsey’s seminar on Thursday, August 24 at 2 PM (EDT):